Saxophone ace Klaus Doldinger’s second Passport album saw the band, in 1971, still trying to find its musical feet. Unlike the more refined electronic jazz rock of their upcoming albums the sound here is closer to pure fusion, if that isn’t an oxymoron, and surprisingly funky coming from a quartet of such scruffy looking young Germans (the blond, bespectacled Doldinger is the notable exception to the group’s post-hippie, hirsute grooming policy).

But a certain focus was still lacking at this early, embryonic stage of their career. It would take another few albums for technology to catch up with Doldinger’s ambitions, judging from the yardstick of this album’s limited keyboard array: mostly primitive electric pianos and clavinets, with a few modest synthesizer runs and a little un- credited mellotron flute.

And the band itself still needed some fine tuning. The lean, clean voice of Doldinger’s trademark tenor/soprano saxophone is, as always, the axis around which everything turns, but the classic Passport line-up wouldn’t emerge until the album "Looking Through", two years later. In retrospect the obvious weak link here is drummer Brian Spring, a serviceable musician for the time but no match for the nimble pyrotechnics of his replacement, the amazing Curt Cress.

Still, the music shows a youthful vitality that can still be invigorating, from the upbeat, toe-tapping energy of the album opener "Mandragora" to the playful curtain closer "The Cat From Katmandu" (love that title). "Fairy Tale" is a luminous, luxurious vamp on a well-known traditional melody, with a cool ersatz bossa-nova vibe to recommend it, and John Mealing’s over-cranked organ solo over the slow, heavy ľ shimmy of "Registration O" wouldn’t be out of place on an early Can or Amon Düül recording. The latter half of the album (Side Two, on my still pristine vinyl copy) in particular stretches out more, with extra room allowed for open improvisation.

It was never too challenging an album, even its day, but this is easily the best of Passport’s early releases (at any rate it’s the only one I still own, which says pretty much the same thing), and the music is a pleasant change of pace from the copy-cat trends of most European Prog Rock. Plus it sports another cover of unique, Magritte- inspired surrealism from the same Hamburg art studio that designed all of the group’s classic ‘70s albums, each of them as distinctive a hallmark as Roger Dean’s work would prove to be for YES. ~ Review by Michael Neumann @ Prog Archives

Klaus Doldinger (sax, clarinet, synthesizer), a veteran of German jazz (the Klaus Doldinger Quartet had been formed in 1962), formed Passport in 1970 in Berlin. The line-up eventually stabilized with Olaf Kubler on sax and flute, Jimmy Jackson on organ, Lother Maid on bass and Udo Lindenberg on drums. The early albums, Passport - Doldinger (1971) and Second Passport (1972), were rather academic. Handmade (1973) showed progress, at least in terms of a more personal sound, and contains Abracadabra and Handmade.

Looking Thru (Atlantic, 1974), possibly their masterpiece, features the classic line-up with Doldinger (now also on synthesizer), Schultze, bassist Wolfgang Schmid and drummer Curt Cress. While still rather restrained, the sound now acknowledged the Soft Machine, the Mahavishnu Orchestra, Embryo and acid-rock. The interplay between saxophone and electronic keyboards is the highlight of the title-track. Tarantula and Ready for Take Off are elegant rave-ups, while Eloquence and Things to Come have a strong psychedelic element

Along with "Infinity Machine", this is probably the best of the German Jazz-Rock (actually more Rock-Jazz) combo’s run of classic albums in the 1970s, all of them distinguished by the colorful surrealism of their cover art. Passport was never in the same Fusion league as the Mahavishnu Orchestra or electric Miles Davis, but the group nevertheless managed to carve their own distinctive niche in an overcrowded market: no small accomplishment at the time.

I love the way that jittery opening sequencer pattern (in what sounds like a hellishly complex time signature) suddenly gels into the easy Space-Jazz swing of "Homunculus", with Klaus Doldinger’s saxophone dancing gracefully around a sparkling electric piano solo. And the 13+ minute title track sure covers a lot of territory, working almost like a Beginner’s Guide medley to the music of Passpoort.

In quick succession it moves from a kinetic start/stop introduction (featuring some primitive electronic percussion triggers) to a brief but lively drum solo by the incomparable Curt Cress, and from there into a relentless mid-tempo rocking section. A blast of rare high-amp electric guitar signals another change of pace, matching equal parts power and finesse before another saxophone freak-out reprise of the opening jam ends the track as it began: stopping on a dime.

Flipping the album over to Side Two (not recommended with a compact disc) doesn’t offer any immediate relief, throwing the unwary listener headlong into the full-throttle punch of "Jadoo": three minutes of pure adrenalin guaranteed to raise your blood pressure a few notches. Kristian Schultze’s distorted electric piano solo is totally haywire, and the whole thing is propelled by the monster beat of Cress, again proving (and not for the first time) that he was one of the most dynamic and creative drummers of the decade…at least until he later briefly joined Triumvirat in their declining years.

The rest of the album is almost a let-down after "Jadoo": three tracks of pleasant instrumental music, played with Doldinger’s trademark melodic funk and flair, but still sounding tame after all the preceding fireworks. In retrospect, maybe the running order could have been rearranged to better effect.

Passport was a band that was never about to change the world, but they did make it a more pleasant place to live for a while. This album would be an ideal introduction for newcomers, as easy as anywhere else in their long discography, but why not start at the top? ~ Review by Michael Neumann @ Prog Archives

Passport started operations in the early 70s as a totally German, essentially jazz-rock band. They recorded some decent albums of the genre -- such as 'Handmade' and 'Cross Collateral' -- but by the time they released the sonically impressive 'Infinity Machine', it was clear that their leader Klaus Doldinger was prepared to be flexible to attain greater popular success. (I guess he had seen what fellow countrymen Tangerine Dream and Kraftwerk had achieved.) But whereas the Tangs were keyboards with a bit of guitar, Doldinger was sax with a bit of keyboards, so Passport were always going to be slightly different.
By the time of 'Ataraxia', Doldinger had recruited a couple of South American musicians to add a limited ethnic flavour to the mix. But Klaus was very much in control, and he used that control to write what I believe is Passport's masterwork.
Ataraxia Parts 1 and 2 are two of the most gorgeous instrumental tracks I know -- a wonderful blend of synth intro leading to a climactic sax, backed by a suitably steady rhythm section. 'Sky Blue' is a catchy number, and the most likely candidate for a single, if the group ever released one. It wouldn't have been out of place as the theme to a 70s TV detective series. You can see how Doldinger was evolving into a soundtrack composer ('Never-Ending Story', 'Das Boot' etc).
The rest of the album is great in parts (ie 'Reng Ding a Dong' and 'Loco-Motive'), though the last track is, as another reviewer here writes, a disappointment.
But this album was my soundtrack to the summer of 1978. I wore out side 1 of the LP, and I searched in vain for another Passport album which approached the excellence of this. Sadly I never found one.

There's a first time for everything and this is the first time Passport have included vocals on their albums.That comes to fruitation on "Gates Of Paradise"."Garden Of Eden" is a concept album that presents a musical interpretation of the beginnings of humankind with songs called "Snake" and "Dreamware",yet starts out with "Big Bang",whitch doesn't seem to jell with the concept.There are uptempo funk numbers like "Children's Dance" and the second part of the tital suite but much of this is very sudtle and understated- not a typical trait of Passport thus far.This may not seem consistant with the bands musical vision but it is an interesting change of pace. 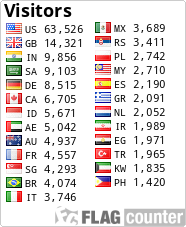